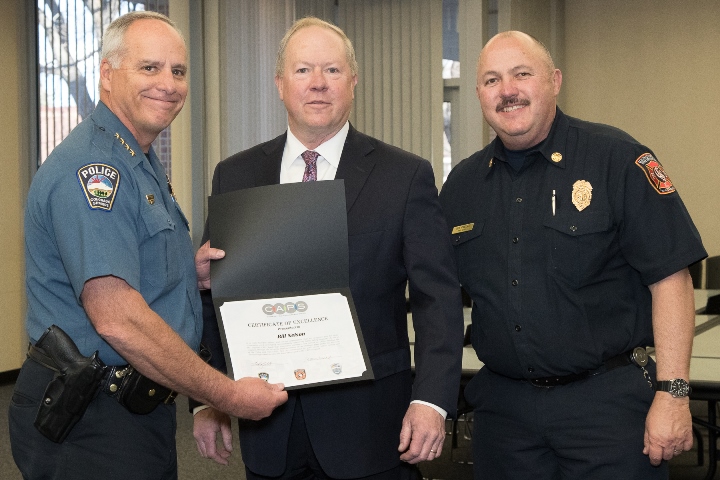 Nelson was presented a Certificate of Excellence by Police Chief Pete Carey and Fire Chief Ted Collas, recognizing his service as an original Leadership Committee member and guiding successful implementation of strategic plans since the organization’s inception in 2011.

Nelson served as chair of the CAPS Leadership Committee until Dec. 31, 2016 and continues to serve as a committee member.

“Five years and two strategic plans later, we have an active volunteer force exceeding 530 citizens contributing in excess of 69,000 hours annually,” said Nelson. “We are being contacted on a routine basis by police and fire departments around the entire country wanting to establish similar programs.”

In 2014 CAPS received the Outstanding Achievement in Law Enforcement Volunteer Program award from the International Association of Chiefs of Police, topping competition that included London and New York City.