Indian Country and the Trump Administration 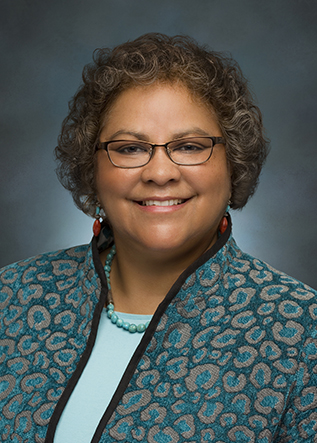 This webinar, co-sponsored by the Tribal In-House Counsel Association (TICA) and the Inter Tribal Association of Arizona (ITAA) and facilitated by Lewis Roca Rothgerber Christie LLP, will feature speakers from around Indian Country - lawyers and lobbyists - who have on the ground views of what Tribes can expect from the new Trump Administration and Republican-controlled Congress. Topics will include potential federal legislation, impacts on agency tribal consultation, energy and infrastructure regulations, environment, natural and cultural resources, housing, health care, gaming and economic development.

In the 115th Congress, Tribes will likely be impacted by key Republican legislatives, including tax reform, Obamacare changes, energy policy and infrastructure. In addition, key tribal legislative goals, including labor sovereignty, tribal energy, and NAHASDA reauthorization, will resurface. This topic will focus on present legislative efforts and other issues of interest to Tribes.

As the Trump Administration fills out its agency political leadership (and at this time, no leadership nominees for DOI, USDA, HHS, EPA or HUD have been announced), Tribes might consider the impacts on, and continued efforts for, engaged tribal consultation. Insight will be offered into efforts within the Administration to maintain tribal engagement in agency actions.

With a renewed Republican emphasis on minimizing federal government oversight and increasing state and local government control over environmental policy and enforcement, Tribes have an opportunity to take further control of their own environmental and natural resources. Tribes may also need to understand how to work in a more cooperative and collaborative manner with their state counterparts. Some of the key approaches from a federal and tribal perspective will be identified.

Depending on the eventual Indian Affairs political leadership throughout the agencies (DOI and USDA), Tribes may see a return to traditional Republican approaches to Indian gaming policy, including land into trust, gaming compacts and regulatory enforcement. Furthermore, there may be a effort to expedite economic development projects on tribal lands through regulatory reform. Opportunities for Tribes to protect their gains in tribal gaming, as well as work with the BIA on improving economic development opportunities through regulation reform will be raised.

Congressional efforts to repeal and replace Obamacare, combined with executive action, as well as Tribes' efforts to reauthorize NAHASDA, may be some of the more immediate legislative and administrative activities to garner tribal attention. In addition, healthcare and housing for Indian Country has been funded at over $8 billion per year. The potential legislative, administrative, and funding challenges for these critical service programs for Tribes will be discussed.

Listen to a recording of the webinar here: https://itcaonlinemeetings.adobeconnect.com/p3bihlgz1bo/