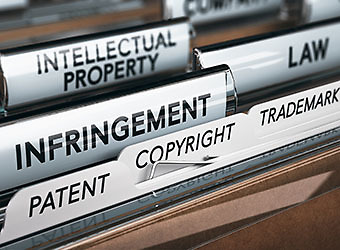 The Supreme Court today resolved a long-standing circuit split, unanimously holding that willfulness is not a requirement for an award of profits in a trademark infringement lawsuit. The case is Romag Fasteners, Inc. v. Fossil, Inc., No. 18-1233 (April 23, 2020).

What does this mean?

In Romag Fasteners, the plaintiff, Romag Fasteners, sued Fossil and certain retailers of Fossil products for trademark infringement under the Lanham Act, 15 U.S.C. 1125(a). Prior to the litigation, Fossil and Romag had signed a deal to allow Fossil to use Romag fasteners in Fossil's handbags and other products. Over time, Romag found that the factories that Fossil hired in China to make its products were using counterfeit Romag fasteners, and Fossil was doing little to guard against the practice. At trial, the jury agreed with Romag, and found that Fossil had acted "in callous disregard" of Romag's rights. Despite Fossil's "callous disregard," the jury found that Fossil had not acted willfully as defined by the district court's jury instructions. Because Fossil was not found to be willful, the district court declined to award profits under binding Second Circuit precedent. The Court of Appeals upheld the district court's denial of an award of profits.

Both the Ninth and Second Circuits, among others, have long held that willfulness was a prerequisite for an award of damages in a trademark infringement lawsuit under the Lanham Act. In analyzing whether this was the correct standard, the Supreme Court first turned to the text of the Lanham Act. It noted that Congress actually placed mens rea requirements in certain portions of the Lanham Act, particularly in 15 U.S.C. 1117(a) where various Circuit Courts have found that the willfulness requirement for an award of profits comes from. However, a close reading of 15 U.S.C. 1117(a) demonstrates that it is inappropriate to require willfulness as a prerequisite for an award of profits. The relevant portion of the statute reads: "When a violation of any right of the registrant of a mark registered in the Patent and Trademark Office, a violation under section 1125(a) or (d) of this title, or a willful violation under section 1125(c) of this title, shall have been established . . . , the plaintiff shall be entitled, subject to the provisions of sections 1111 and 1114 of this title, and subject to the principles of equity, to recover (1) defendant’s profits. . . ."

The Supreme Court noted that the text is clear that willfulness is only a prerequisite for an award of profits under 15 U.S.C. 1125(C) which is the provision of the Lanham Act that deals with trademark dilution. For causes of action arising from infringement of a registered or unregistered trademark, willfulness is not a requirement under the plain text of the statute. The Supreme Court further noted that a wider look at the statute's structure gives even more grounds for not imposing a willfulness requirement for an award of profits given that the Lanham Act speaks often and expressly about mental states. The Supreme Court gave such examples of the treble damages portion of Section 1117(b) which requires courts to treble damages and award attorney’s fees when a defendant engages in certain acts intentionally and with specified knowledge. Similarly, Section 1114 makes innocent infringers subject only to injunctions.

That said, the Supreme Court was clear that while a finding of willfulness was not a requirement for an award of profits, it is highly relevant: "we do not doubt that a trademark defendant’s mental state is a highly important consideration in determining whether an award of profits is appropriate."

The Supreme Court rejected Fossil's argument that the "principles of equity" requirement of Section 1125(a) implies a requirement willfulness. The Supreme Court reasoned that such an interpretation would require the Court to assume that Congress intended to incorporate a willfulness requirement here "obliquely" while it prescribed mens rea conditions expressly elsewhere throughout the Lanham Act. Nor does "principles of equity" imply a fundamental truth in trademark jurisprudence that has historically required willfulness. There had long been an inconsistency among courts in requiring willfulness before an award of profits both before and after the 1905 act (the predecessor to the Lanham Act).

Policy arguments did not save Fossil either. While both sides had ample amici to amplify their arguments, the Supreme Court stated that the best place for reconciling competing and incommensurable policy goals like these is before policymakers, that is, Congress.

The Supreme Court vacated judgment of the Court of Appeals and remanded it to the district court for further proceedings consistent with the opinion.