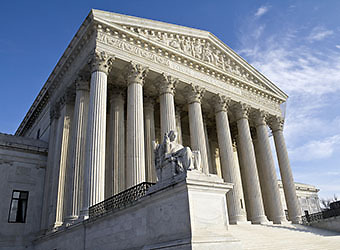 On July 8, 2020, the United States Supreme Court released two decisions with important implications for the rights of religious employers.

The first decision, Little Sisters of the Poor v. Pennsylvania, marks the Supreme Court’s latest foray in the nearly decade-long battle over whether religious employers like the Little Sisters of the Poor must comply with the federal contraception mandate, despite their religious objections. The first three times this issue came before the Supreme Court, in Burwell v. Hobby Lobby Stores, Wheaton College v. Burwell and Zubik v. Burwell, religious employers were claiming that the agencies that created this mandate—Health and Human Services, Labor and Treasury—had violated their religious liberty rights. But this case was brought by Pennsylvania and New Jersey, states seeking to block 2017 regulations that created a broader religious employer exemption from the contraception mandate.

By a 7-2 vote, the Supreme Court reversed the Third Circuit, which had struck down the Trump Administration’s religious exemption. First, the Court held that the Third Circuit was wrong to conclude that the agencies lacked authority to create an exemption. To the contrary, the Supreme Court found that the Affordable Care Act granted the agencies “virtually unbridled discretion” to decide both what services should be mandated and who must (and who may not) provide mandated services. Second, the Supreme Court rejected the Third Circuit’s contention that only courts can decide what the Religious Freedom Restoration Act (RFRA) requires. The Court affirmed that the text of RFRA not only permits but requires federal agencies to consider whether regulations like the contraception mandate burden religious exercise.

The second case decided on July 8, 2020 was Our Lady of Guadalupe School v. Morrissey-Berru, a follow up to the 2012 Hosanna-Tabor decision, which was the first Supreme Court case to recognize a ministerial exception rooted in the First Amendment’s religion clauses. At issue was whether the Ninth Circuit correctly held that two teachers at Catholic schools fell outside the ministerial exception because they failed to meet the four criteria set out by the Supreme Court in Hosanna-Tabor.

The Supreme Court, again by a 7-2 vote, held that the Ninth Circuit had erred by interpreting Hosanna-Tabor as “a rigid formula.” “[T]hese circumstances, while instructive in Hosanna-Tabor, are not inflexible requirements and may have far less significance in some cases.”

“What matters, at bottom,” the Supreme Court said, “is what an employee does.” The ministerial exception “should apply to any ‘employee’ who leads a religious organization, conducts worship services or important religious ceremonies or rituals, or serves as a messenger or teacher of its faith.” Courts should look to “a variety of factors” in determining whether a given employee falls within the exception. Under this broad approach, both of the Catholic school teachers before the Court qualified as ministerial employees.

What Do These Cases Mean for Religious Employers?

In the short term, the Little Sisters of the Poor decision confirms that all objecting religious employers are exempt from the federal contraception mandate. But this relief could be short lived as the exemption could be overturned by the Third Circuit on remand, or overturned by the next presidential administration. The lasting significance of this case will be the Supreme Court’s narrow reading of the Administrative Procedure Act’s procedural requirements and its affirmation that federal agencies can—and in some cases must—consider whether their actions violate religious Americans' rights under RFRA.

Our Lady of Guadalupe is a strong affirmation that the First Amendment protects “the right of religious institutions ‘to decide for themselves, free from state interference, matters of church government as well as those of faith and doctrine,’” and that “[u]nder this rule, courts are bound to stay out of employment disputes involving those holding certain important positions with churches and other religious institutions.”

This affirmation is good news for religious liberty. However, the Supreme Court did not provide—as some commentators had hoped—a clear test that would be easy for religious employers to implement. The Court’s sensitivity toward the wide variety of minority religious groups prevented it from providing a definitive test. Instead, the Court provided a non-exclusive list of factors that may be significant, depending on the situation. The Supreme Court will leave it to the lower courts to weigh these and other factors when determining whether specific positions fall within the ministerial exception.

The Our Lady of Guadalupe decision affirms that the ministerial exception is available for a wide range of positions, but religious employers must review their policies and procedures before a claim arises to take full advantage of their religious liberty rights. This review is all the more important given that the Supreme Court’s recent Bostock decision expanded the scope of discrimination claims that can be brought under Title VII.

Lewis Roca Rothgerber Christie advises religious employers in approximately thirty-four states. The Religious Institutions Group includes national experts who have advised hundreds of churches, schools, and other ministries to make the most of the ministerial exception and other religious liberty protections. If you would like to learn more about your ministry’s rights and what a legal audit of your policies and procedures would entail, please contact Eric Kniffin at ekniffin@lewisroca.com or (719) 386-3017.