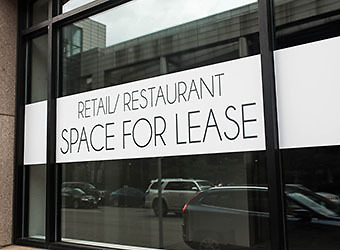 As we navigate through these uncertain times and face challenges like never seen before in the world of commercial leasing, landlords and tenants should be cautioned against the unintended consequences of their actions. The coronavirus crisis began with shutdowns all across the country, and sharp falls in revenues followed quickly thereafter. As soon as it became apparent that business-as-usual was turning into business-out-of-the-ordinary, tenants started assessing long term sustainability in a world subject to stay-at-home orders. Operations were shut down, some by law and others by necessity, but whatever the reason, the decline in business has led to the conclusion by many business owners that paying rent would now need to be reconsidered. Nonpayment of rent seemed justified under the circumstances however, as more and more tenants sent letters to landlords advising them that April rent would not be paid (and it was not known when they would resume paying rent again), the reaction of landlords was unknown. Would landlords send default letters or would they propose lease modifications or would there be a combination of both? As the middle of April approaches, it seems clear that we will see a combination of both. Unpaid April rent is now overdue, and without agreements in place governing the effect of such delinquencies, tenants again face another uncertainty.

Although many jurisdictions around the county have issued executive orders prohibiting commercial evictions, lock outs and dispossession, the orders do not prohibit landlords from asserting a rent default. These orders simply limit, for the time being, landlords’ remedies against defaulting tenants. Therefore, it is becoming common practice for landlords to deliver written notices to tenants placing them in default. Landlords are reserving their rights and remedies against defaulting tenants in these letters. Whether the default is immediate or subject to a notice and cure period, the default in most cases is inevitable unless the parties agree in writing to acknowledge a change in status.

This gap between the executive orders and the rights of landlords to enforce remedies against tenants is risky territory— where tenants could suffer the unintended consequences of a rent default.

Unintended Consequences of a Rent Default

While many tenants are laser focused on cash flow and cannot afford to pay rent, a rent default, if left unanswered, will result in tenants and guarantors unwittingly forfeiting rights and options under leases, perhaps subjecting tenants to additional costs in late fees and interest charges.

Tenants should also consider the effect of a default on the guaranty, if applicable. Not only may a landlord now pursue the guarantor for the rent default, but also if a release of the guaranty is conditioned on there not having been an event of default, such release will no longer be available.

Rent defaults will inevitably trigger the assessment of late fees and interest. Sometimes there are grace periods and we have seen that some landlords are proactively waiving these fees for the moment, but tenants should be advised to address these fees in any resolution reached with the landlord.

Tenants should respond to the default letters and consider the various effects that a rent default might have on a tenant’s rights under the lease. The discussions and resolutions with landlords will look different depending on the given situation, but should contain more than a solution for rent deferral, restructure or adjustment. The parties should give thoughtful consideration to the ripple effects of an event of default to ensure that any resolution allows for long term viability and optionality as originally negotiated when entering into the lease.