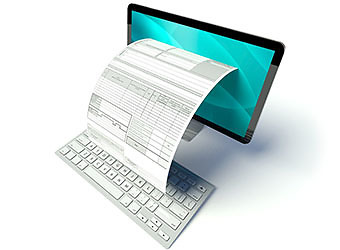 Congress passed the Small Business Reorganization Act of 2019 (“SBRA”) to make Chapter 11 reorganization easier for small businesses. The law created a new Subchapter V in Chapter 11 that a debtor could opt into by making an election.

The SBRA law became effective in February 2020. In March, Congress increased the eligibility limit to businesses with up to $7,500,000 in debt for at least a year. Many, if not most, chapter 11 filings could qualify.

There is now a “$64,000 question” – is the law retroactive? The statute said it was effective on February 19, 2020 and the $7.5 million debt limit was effective on March 27, 2020. On its face then, the new law does not apply to pending cases. But, can debtors who filed their cases before either of those dates take advantage of the new law? If so, how, and how can creditors respond?

Four bankruptcy courts have held that debtors who filed their bankruptcy cases before February 19, 2020 may take advantage of the SBRA. None of them have addressed whether the $7.5 million debt limit may be applied retroactively. But some have held that retroactivity is not really the issue, and that the law should be applied as of the time the court makes a ruling, so it is possible that courts could apply the increased debt limit to debtors who filed their bankruptcy cases before March 27, 2020. Even if the two new statutes are not retroactive, a debtor could simply dismiss its bankruptcy case and refile it, as one of the bankruptcy courts encouraged the debtor to do.

The SBRA provides little to no benefits to creditors. So creditors should strongly consider challenging a debtor’s election of Subchapter V. The bankruptcy court decisions are not binding on any other court and there are good arguments that those decisions are wrong. And the argument that the increase in the debt limit is not retroactive is even stronger because that statute only applies to cases commenced “on or after the date of enactment.”

When a court allows a debtor to proceed under the SBRA, creditors will need to be more aggressive than they are in a typical Chapter 11 in order to regain some of the ground given up by SBRA, especially because there is no right to propose a competing plan and creditors don’t get to vote on the debtor’s plan. Creditors will have to register their disapproval by filing creative objections to plan confirmation.

If a creditor is in a hotly contested small business Chapter 11 case that was filed before the SBRA became effective, the creditor should anticipate the potential for a debtor’s amended petition that would elect Subchapter V. The cases considering the issue at least give some consideration to how the change would affect the creditors’ rights and remedies. Additionally, a creditor might agree to treatment in a pending small business chapter 11 case that is less debtor-friendly than a plan confirmed under Subchapter V to avoid the risk of a more aggressive debtor strategy. This is an area where the cases are likely to develop quickly, and where looking outside the confines of a particular case or court is important. Lewis Roca lawyers are ready to help you do so.

For more information, please contact Rob Charles at rcharles@lewisroca.com, Justin Henderson at jhenderson@lewisroca.com or visit our website at lewisroca.com.