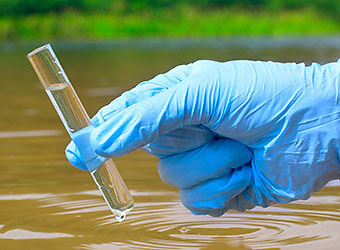 The U.S. Supreme Court ruled in April 2020 that a point source discharge of a pollutant to groundwater requires a federal Clean Water Act (CWA) permit if the discharge ultimately reaches a “navigable water” and the discharge into groundwater is the “function equivalent” of a “direct discharge from the point source into navigable waters.” Cty. of Maui, Haw. v. Haw. Wildlife Fund, 140 S. Ct. 1462, 1468 (2020). The decision resolves a circuit split as to whether such discharges are subject to federal regulation.

The opinion resolves the key legal issue in a citizen suit brought by a number of environmental interest groups alleging that Maui County, Hawaii, requires a CWA permit in connection with discharges of treated sewage into groundwater. The county’s facility pumps treated wastewater into underground wells where it mixes with groundwater and then travels an additional one-half mile underground and into the Pacific Ocean. While it is well established that the discharge would require a permit if it was made directly into the ocean, this case addresses the issue of whether and when a permit is required when the discharge to a navigable water is made indirectly through groundwater. The Court’s ruling establishes that a permit must be obtained for a discharge through groundwater if the discharge is the “functional equivalent” of a direct discharge into a navigable water, but offers relatively little elaboration on how the lower courts are to apply that test.

Court Rejects Both the Recent EPA Interpretive Statement and Its Prior “Direct Hydrologic Connection” Position
Although County of Maui was a citizen enforcement action not directly involving the U.S. Environmental Protection Agency (EPA), the agency’s position on this question forms an important backdrop to the opinion. With some exceptions, EPA historically has taken the position that discharges to groundwater are subject to regulation under the CWA only if the discharge reaches jurisdictional surface waters via groundwater or other subsurface flow that has a “direct hydrologic connection” to the surface water. 83 Fed. Reg. 7126, 7127 (Feb. 20, 2018) (requesting comment on whether EPA should clarify its position on regulation of groundwater). After requesting comments on this position in 2018, EPA issued an interpretative statement dramatically changing course and stating that:

based on a holistic analysis of the statute, its text, structure, and legislative history, [EPA] concludes that the best, if not the only, reading of the CWA is that Congress intentionally chose to exclude all releases of pollutants [from a point source] to groundwater from the NPDES program, even where pollutants are conveyed to jurisdictional surface waters via groundwater.

The Solicitor General argued in favor of the recent EPA stance in an amicus brief filed in County of Maui, but the Court directly rejected EPA’s interpretive statement. It found that EPA’s interpretive statement advanced a reading of the CWA that “is neither persuasive nor reasonable,” and that “to follow EPA’s reading would open a loophole allowing easy evasion of the statutory provision’s basic purposes.” Cty. of Maui, 140 S. Ct. at 1474. The Court also declined to adopt the previous EPA position that discharges to groundwater should be subject to regulation only where there is a direct hydrological connection to a navigable water.

Court Rejects Lower Court Tests
Beyond rejecting EPA’s current and prior positions regarding discharges to groundwater, the Court also declined to adopt the competing views of the federal courts of appeals that have addressed this issue. In the case below, the U.S. Court of Appeals for the Ninth Circuit had determined that discharges to groundwater can be regulated when “the pollutants are fairly traceable from the point source to a navigable water such that the discharge is the functional equivalent of a discharge into the navigable water.” Id. at 1469 (quoting Haw. Wildlife Fund v. Cty. of Maui, 886 F.3d 737, 749 (9th Cir. 2018)). The Supreme Court’s articulation of a multifactor functional equivalence test is not precisely the same.

The Functional Equivalence Test
Rejecting the other competing approaches, the Court ultimately adopted a test that asks whether a discharge to groundwater is the functional equivalent of a discharge to a navigable water. The Court explained:

We hold that the statute requires a permit when there is a direct discharge from a point source into navigable waters or when there is the functional equivalent of a direct discharge. We think this phrase best captures, in broad terms, those circumstances in which Congress intended to require a federal permit. That is, an addition falls within the statutory requirement that it be “from any point source” when a point source directly deposits pollutants into navigable waters, or when the discharge reaches the same result through roughly similar means.

Id. Beyond time and distance, the Court listed other factors that may be relevant in particular cases:

Recognizing that this test and the accompanying factors will be difficult for the lower courts to apply, the Court suggested that its broad principles will be refined further in individual cases and that it will be useful for the lower courts to employ “the traditional common-law method, making decisions that provide examples that in turn lead to even more refined principles...”

CWA Citizen Suit Provisions Remain Relevant
Finally, County of Maui illustrates the continued relevance of citizen suit enforcement actions. Despite EPA’s efforts to protect its own position with respect to regulation of discharges to groundwater, it was unable to do so in a case initiated by private litigants under the CWA’s citizen suit provision. See 33 U.S.C. § 1365. Instead, the County of Maui plaintiffs were able to sidestep EPA’s administrative process and seek judicial resolution of the legal issues without the deferential standard of review that would apply to review of a federal agency action under the Administrative Procedure Act.