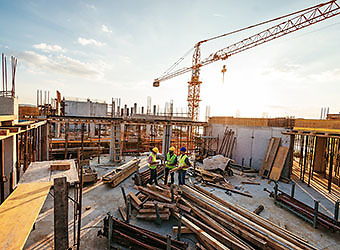 The Arizona Court of Appeals held that state and local governments were categorically preempted from imposing property taxes on permanent improvements located on Tribal lands, regardless of the ownership of those improvements, reversing an earlier decision of the Arizona Tax Court. The case could have wide-ranging and a favorable impact on the encouragement of non-Indian development on tribal lands, particularly in areas where an Indian reservation borders a metropolitan area, like the Pima-Loop 101 corridor in North Scottsdale, which runs through the Salt River Pima-Maricopa Indian Community. However, because the case relies on federal preemption principles, its impact would apply in any state where Indian tribes are seeking non-Indian investment on their reservations.

The case, South Point Energy Center LLC v. Ariz. Dep’t of Revenue et al., No. 1 CA-TX 20-0004 (Apr. 27, 2021), involved the South Point Energy Center, a gas-fired, combined-cycle merchant power plant located on the Fort Mojave Indian Reservation in the northwest corner of Arizona. A federal statute, 25 U.S.C. § 5108 (formerly 25 U.S.C § 461), provides that “lands or rights” held in trust by the United States for the benefit of Indian tribes “shall be exempt from State and local taxation.” The Court of Appeals held that “lands or rights” included permanent improvements on those lands, and that under a line of cases dating to 1903, property taxes were categorically preempted regardless of who owned the improvements.

The Court of Appeals also held that the Tax Court erred when it concluded that the entirety of the power plant was personal property without applying the federal test established in Whiteco Indus., Inc. v. Comm’r, 65 T.C. 664 (1975), which set out the multi-factor test for determining whether something was a permanent improvement to realty or personal property). The Court of Appeals remanded the case to the Tax Court to perform a Whiteco analysis to determine which portion of the plant was a permanent improvement and, further, to determine whether a separate federal tax preemption rule (the “Bracker balancing test” established in White Mountain Apache Tribe v. Bracker, 448 U.S. 136 (1980)) preempted property taxes on any personal property located at the plant.

The Arizona Department of Revenue and Mohave County had argued that because the terms of the lease required the decommissioning, demolition, and removal of the power plant at the end of the lease term, then the entire facility was personal property and 25 U.S.C. § 5108 did not apply.