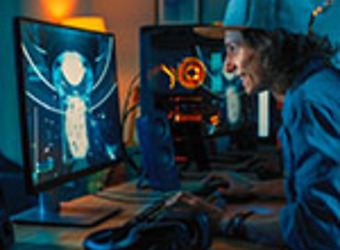 While most businesses have reduced operations or shut down entirely during this time of economic turmoil, some businesses are thriving. Supermarkets, pharmacies and online retailers are dominating the headlines but another industry quietly thriving is online video gaming.

This new era of social distancing is fostering great opportunities for online gaming outside of the traditional chance-based gambling environment. People can be entertained at home and still be able to interact with each other over voice-chat during gameplay. For example, Steam, a platform that allows users to play video games with each other has experienced a substantial increase in users as much of the working population is now working from home.  In the first few days of the federal suggestion of social distancing, Steam reported it had 20.3 million users on its platform by the afternoon of March 15, 2020. This is a new record for Steam as the they had an approximately 19 million users in February 2020.

Games of skill have long been differentiated from games of chance. From carnival midways at local fairs to trivia contests, the opportunity to win prizes has drawn the interest of both young and old. In the last two decades, the Internet has given rise to a new style of skill game, most notably with the boom in eSports contests. This is where individuals or teams compete against each other in skill-based video games to win prizes. There is a huge following of fans who gather (or log in) to watch these gamers compete—similar to traditional sports fans and games. The basic issues surrounding the legality of eSports contests are no different than those of the simple games of the past, but the emergence of eSports rekindles antiquated, misunderstood, or clumsily applied laws.

To accommodate this variety of socially acceptable, skill-based contests, a common law definition of gambling arose in the United States that prohibited only those activities in which a person pays consideration for the opportunity to win a prize in a game of chance. The challenge for states, however, is that most games have some element of chance. For instance, even chess—a game widely considered to be one purely of skill—nevertheless has an element of chance in selecting who gets the first move. States have thus developed different tests for distinguishing skill and chance games.

Operators of online skill gaming platforms must take precautions to ensure the games offered satisfy the requisite skill test in each state where offered. As gambling laws vary from state to state, operators should conduct due diligence on each state before launching a game for pay-to-play and win competitions. Provided the operator conducts the necessary due diligence and offers a compliant skill-based game, the operator is well-positioned to reap the benefits that skill-based contests offer in this new social distancing era. Even after the requirements to social distance have faded, it is likely the operator will have built a large and dedicated user base.

Lewis Roca Rothgerber Christie LLP attorneys have been advising clients in the skill gaming space for many years. If you are interested in exploring the opportunities that come with skill gaming, please contact authors Karl Rutledge at krutledge@lewisroca.com, Glenn Light at glight@lewisroca.com, or Mary Tran at mtran@lewisroca.com.

This material has been prepared by Lewis Roca Rothgerber Christie LLP for informational purposes only and is not legal advice. Readers should not act upon any information without seeking professional legal advice. Any communication you may have with a Lewis Roca Rothgerber Christie LLP, though this announcement or otherwise, should not be understood by you to be attorney-client communication unless and until you and the firm agree to enter into an attorney-client relationship.