Sports & Outdoor Recreation
If You Have to Explain Your Joke, It’s Not Funny 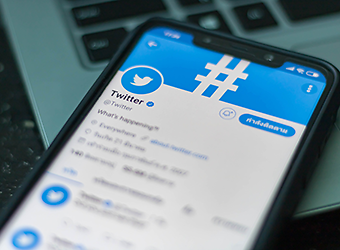 After his recent acquisition of Twitter, Elon Musk announced sweeping changes to the platform. Among them is his crusade to suspend accounts impersonating others unless the account “clearly” specifies the account is for parody.

This defeats the very purpose of comedy. A joke is not funny if you have to explain it.

Judges get it. Courts do not require parodists to identify themselves when it comes to trademark law. Trademark infringement occurs when an infringer uses a trademark that causes a consumer to be confused as to the source of the good or service. But parody rarely results in confusion. Parody relies on extreme and often absurd representations of the original to make a point. Herein lies the irony of effective parodies. This extreme and absurd representation often provokes a trademark owner’s objection. Yet, the more offensive the parody, the more defensible it becomes because reasonable consumers are even less likely to be confused. Why would a trademark owner ridicule themself?

Nor does parody have to cater to everyone. “[A] parody enjoys First Amendment protection notwithstanding that not everybody will get the joke.”[1] For example, the famed toy company Mattel was denied relief against someone who used Barbie dolls and the Barbie name in parody. This individual made and sold products depicting Barbies in absurd postures and circumstances, including putting Barbie in the nude next to kitchen appliances, burying her head in a fondue pot, and wrapping her body in a tortilla covered in salsa. The grossly offensive nature of the product, however, convinced the court that the defendant was making a statement about Barbie’s symbol in American culture and gender roles. “Any reasonable consumer would realize the critical nature of this work and its lack of affiliation with Mattel.”[2]

Courts evaluate parody based on the reasonable consumer because humor is subjective. What one finds hysterical, another finds dull. What all find not funny, though, is asking someone to explain their own joke.