Banking and Financial Services, COVID-19
How the Uniform Commercial Real Estate Receivership Act ("UCRERA") May Be An Option For Business Creditors Affected By the COVID-19 Pandemic 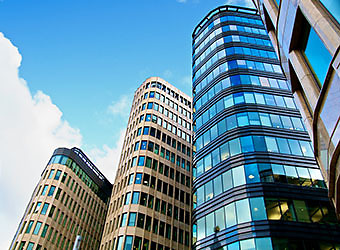 As the fallout from the COVID-19 virus widens and the prospect of an economic downturn looms, lenders are likely to focus more on protecting their collateral. Although many lenders are negotiating accommodations with borrowers in the short term, some of these accommodations will inevitably be unsuccessful and lead to defaults.

As defaults increase, lenders might consider the use of a state-court receiver as a means to maximize the value of their collateral. A receiver is a person appointed by the court to protect and preserve property, typically with the goal of maximizing creditor value. The appointment of a receiver is often an alternative to foreclosure and preferable to a bankruptcy.

This prospect of receivership may be a more favorable option, especially in Nevada and Arizona, due to their adoption of the Uniform Commercial Real Estate Receivership Act (“UCRERA”). UCRERA provides receivers with powers that are in many ways comparable to those of a bankruptcy trustee without the expense and delay of bankruptcy.

In Arizona, the law has long recognized the viability of commercial receiverships as a remedy. A.R.S. § 12-1241 has allowed courts to appoint receivers to “protect and preserve property or the rights of the parties therein, even if the action includes no other claim for relief.” A receiver may protect trust property. A.R.S. § 33-807(C). But other than that bare-bones language, the statutory scheme provided no guidance on receivers’ powers or duties.

Instead, Arizona courts generally relied on their equitable powers to allow receivers to take steps like selling real property. In practice, receivers who were uncertain about their power to take some action simply sought court approval. Court approval was typically deemed sufficient, though the source of the court’s authority to grant such approval was often unclear. The Arizona Court of Appeals held in Mashni v. Foster (Sunnyslope Housing Ltd. P’ship), 234 Ariz. 522 (App. 2014) that as long as a receiver acts within the scope of the appointment order, the receiver enjoys judicial immunity. Less clear was the effect of a receivership order on non-parties to the case. Last year, Arizona codified UCRERA at A.R.S. § 33-2601, et seq.

In Nevada, before UCRERA was adopted in 2018, Nevada Revised Statutes delineated six instances where the appointment of a receiver may be appropriate at NRS 32.010:

Separate and apart from the six enumerated bases for the appointment of a receiver, NRS 32.015 contemplates the appointment of a receiver in connection with actions commenced by a secured lender to enforce the right of entry and inspection of real collateral as provided in NRS 40.507 to determine the existence, location, nature and magnitude of any past, present or threatened release or presence of a hazardous substance. That provision remains, and is complemented and expanded by UCRERA, at NRS 32.260 et. seq.

First drafted in 2015 by the Uniform Law Commission, UCRERA is slowly taking hold across the country. Seven states have adopted it, including Nevada – in 2018, and Arizona in 2019. Other states are considering it in 2020, though the pandemic may place it on their legislative backburners.

In general, UCRERA applies to receiverships for interests in commercial property and associated personal property. It applies to residential property only if it is improved by more than four dwelling units or meets certain other conditions.

It is not clear how UCRERA would apply to receiverships of operating businesses. If the business holds an interest in real property, UCRERA might apply at least to the aspects of the receivership relating to that property. Otherwise, receivers for operating businesses would be advised to continue operating as they did prior to UCRERA, though courts may be guided by UCRERA in construing receivers’ powers.

UCRERA allows for the appointment of receivers in a wide range of circumstances, including where property is subject to danger or loss, or where the property or parties’ rights must be protected and preserved. It also allows for a receivership as a post-judgment remedy.

Importantly, UCRERA also allows for the appointment of a receiver in connection with foreclosure or enforcement of a mortgage. Appointment can occur not only where expressly allowed in the loan documents, but also if the property value is less than the debt (“underwater”) or must otherwise be preserved. With the pandemic likely to have a detrimental effect on property values, creditors may consider a receivership as an available remedy in many cases. Appointment of a receiver allows the lender to obtain independent control over collateral without taking possession and assuming direct responsibility for the property. The receiver is a bonded officer of the court and is not considered a conduit to liability to the lender. However, claims that the lender failed to provide the receiver with critical funding, e.g. monies necessary to secure the property, might not be barred absent unequivocal language in a court order. The court also has broad power to order that any party, including the lender, be ordered to pay the expenses of the receivership.

A receiver’s appointment must be approved by the court and the receiver must meet certain statutory criteria. Before UCRERA, any stay of litigation or other actions against the property was drafted by counsel and approved by the Court, without a particular legal framework. Under UCRERA, once the receivership is in place, it automatically stays actions against receivership property, including actions to enforce pre-receivership liens. This is an important similarity between UCRERA and the Bankruptcy Code, which also imposes an automatic stay. The stay can be especially useful if multiple creditors are seeking to enforce their rights against the same property.

Before UCRERA, the receiver’s powers were provided in the court’s order, without particular statutory authority, and subject to ad hoc review. UCRERA provides receivers with a wide range of powers. These include the powers to control and manage receivership property, operate a business constituting receivership property, pay debts, and assert claims.

Receivers may undertake additional actions with court approval, which would likely require notice and a specific order allowing these actions. Many such actions have analogues in the Bankruptcy Code. These include:

Although these powers mirror those of bankruptcy trustees, UCRERA’s language does not always mirror the Bankruptcy Code’s. It is unclear whether Arizona courts will use bankruptcy case law as a guide in interpreting these provisions. Notably, though, UCRERA provides that other states’ interpretation of UCRERA should be used as a guide to promote uniformity. Thus, if other states interpret UCRERA inconsistently with the Bankruptcy Code, those states’ interpretations might prevail.

As noted, one of the important powers under UCRERA is the power to sell property free and clear of junior liens. In this sense, receivership sales are intended as a possible alternative to foreclosure sales, which are also free and clear of those liens. Since receivership sales are typically marketed through different channels than foreclosures, and can close without a foreclosure sale or with lender financing, the price may ultimately be closer to market value. There is also no creditors committee or bankruptcy transaction cost. These considerations may justify the costs associated with paying a receiver. This could be especially true if the economic fallout from the pandemic is short-lived — as everyone hopes — and prices do not fall too severely.

With defaults likely on the rise for at least the next several months, business creditors in Arizona and Nevada may find receiverships an attractive remedy. The clarity provided by UCRERA could increase that attractiveness. If you think a receivership might be a good option for you, or your property is burdened by another creditor’s receivership, our team has extensive experience with receiverships for many types of businesses and property.