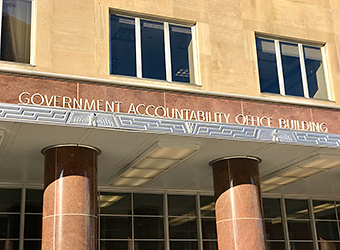 Bid protest determinations serve to resolve challenges to procurement decisions by government agencies. Beyond that purpose, these rulings can also offer valuable insights as to what factors determine whether or not a contract proposal is successful. A recent example of such a decision from the Government Accountability Office is Matter of Tech Marine Business, Inc., B-420872, 2022 CPD ¶ 260, October 14, 2022. The GAO sustained this protest because the agency failed to adequately explain why it did not consider the contractor’s transition plan to merit a strength finding.

Protest of Task Order
Tech Marine Business, Inc. (Tech Marine) protested the issuance of a task order to Morgan Business Consulting (MBC) by the Department of the Navy for professional and engineering support services for the Navy’s International Fleet Support Program Office. This program assists foreign navies with acquisition, operation, modification and maintenance of naval vessels within their inventories. Tech Marine contended that the Navy’s evaluation of its technical proposal and resulting award decision were improper.

The request for proposals (RFP) provided that a task order award would be made on a best-value tradeoff basis, based on three evaluation factors in descending order of importance: (1) technical (including management approach); (2) past performance; and (3) price. Technical and past performance factors, when combined, were significantly more important than price.

Among the instructions in the technical section of the RFP, the Navy directed offerors to submit a transition plan. This plan was required to describe how, within 60 days of the task order award, the offeror would assume responsibility for support of current programs without discontinuity of work flow or loss of integrity of the program’s existing operation.

Following a review of the proposals, the Navy found the proposals from Marine Tech and MBC to be essentially equal under the technical evaluation factor. In addition, the Navy determined Tech Marine to have the better past performance but MBC proposed a lower price. It then concluded that because Tech Marine’s superior past performance did not outweigh its higher cost, MBC’s proposal represented the overall best value to the agency.

Tech Marine challenged the Navy’s evaluation of its technical proposal. Specifically, the protester maintained that the agency unreasonably failed to identify various strengths in the offeror’s submission under the management approach element. According to Tech Marine, had the Navy properly evaluated Tech Marine’s technical proposal, it would not have found the Tech Marine and MBC proposals technically equal.

Tech Marine’s proposal included a detailed transition plan which incorporated elements not listed in the RFP. This plan described transition team roles and responsibilities, an expedited timeline to full transition, creating interfaces for technical and contract administration, risk identification and risk mitigation strategies, work turnover, incumbent capture, security requirements, quality assurance, training, and archived material. The Navy found this transition plan to be neither a strength nor a weakness.

Tech Marine contended the agency’s evaluation of its transition plan was unreasonable. It argued that its transition plan exceeded the Navy’s schedule for workload turnover and would be completed well in advance of the 60–day requirement. Tech Marine explained that, as the incumbent contractor with infrastructure, personnel, and processes already in place, its plan reduced the complexity and risk associated with transitioning to a new task order.

The Navy responded that its evaluation of the transition plan was reasonable and consistent with the stated evaluation criteria. The agency also contended that it “‘only documented aspects of [Tech Marine]’s proposal where it found strengths, weaknesses, significant weaknesses, or deficiencies,’ because ‘GAO has held consistently that an agency is not required to document all determinations of adequacy or explain why a proposal did not receive a strength, weakness, or deficiency for a particular item.”’ Finally, the Navy provided a declaration from the lead evaluator stating that the evaluators did not consider the proposed ability to transition faster than the 60–day requirement to be a strength.

Ruling by GAO
The GAO began its analysis of this protest by noting that when a protester challenges a proposal not being assigned a strength or weakness, it reviews whether the agency’s explanation or documentation demonstrates that the evaluation was reasonable and consistent with the stated evaluation criteria. In other words, an agency’s evaluation of proposals should be in sufficient detail to allow for the review of the merits of a protest.

Here, the GAO found that the Navy essentially provided no explanation to support the reasonableness of its evaluation of Tech Marine’s transition plan. The GAO said it failed to see why accelerating the transition schedule set forth in the RFP would not be of benefit to the agency. Likewise, according
to the GAO, the Navy failed to address why a transition plan that begins work and assumes responsibility immediately and which reduces the complexity and risk associated with transition did not represent a strength.

The GAO further found that the Navy’s evaluation error was prejudicial to Tech Marine. Competitive prejudice is an essential element of a viable protest, and the GAO will only sustain a protest where the protester demonstrates that, but for the agency’s actions, it would have had a substantial chance of receiving the award. Here, the Navy’s best-value decision was based in part on the determination that the Tech Marine and MBC proposals were technically equal. The GAO could not say what impact even just one technical evaluation error would have had on the Navy’s best-value decision: any change in Tech Marine’s technical evaluation might have widened the gap between the two proposals sufficiently that they could no longer be considered technically equivalent, potentially resulting in a different best-value decision. In such circumstances, the GAO will resolve any doubts regarding prejudice in favor of the protester because even a reasonable possibility of prejudice forms a sufficient basis to sustain a protest.

In sum, the GAO concluded that the Navy’s evaluation of Tech Marine’s transition plan was not adequately supported, and that the agency failed to rebut the protester’s assertions that its proposal was misevaluated. Insofar as the Navy failed to adequately explain why Tech Marine’s transition plan was not entitled to a strength for having proposed an approach that exceeded the agency’s requirements, the GAO could not find the evaluation to be reasonable and sustained the protest on this basis. The GAO recommended that the Navy reevaluate Tech Marine’s proposal and make a new source selection determination.

Lessons to be Learned
This protest decision is instructive because Tech Marine presents a model to emulate in its effort to secure award of the Navy’s task order. The offeror’s approach to this procurement is noteworthy in two ways. First and foremost, Tech Marine proposed a transition plan featuring several technical discriminators. These discriminators included technical and contract administration interfaces and risk identification and mitigation strategies. Of greatest significance, Tech Marine committed to exceed the Navy’s expectations. Specifically, it leveraged its status as the incumbent contractor to propose completion of the transition sooner than the 60-day period the Navy allowed.

Second, when the Navy’s evaluators failed to credit Marine Tech for the strength of its transition plan, the offeror challenged that evaluation with a protest. This protest established that the Navy could not defend its neglecting to recognize a superior transition plan.