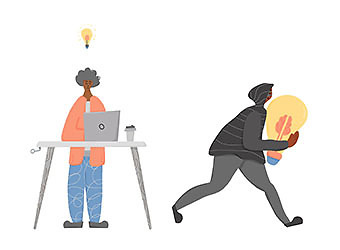 Not all patent owners exploit their patents by making and selling products. Rather, some monetize their patents through licensing in which case the entities are referred to as “Non-Practicing Entities” or "NPEs." Some NPEs own strong and valid patents, and engage in commercially reasonable licensing activities. Many educational institutions represent this type of NPE. However, some NPEs own patents of dubious validity, engage in heavy-handed licensing tactics, and have come to be known as "patent trolls." Some NPEs build portfolios of their own patents and others purchase patent portfolios from distressed entities. Because a patent troll’s portfolio is often weak, some say that a patent troll does not patent inventions, but rather, invents patents.

Critics argue that patent trolls don’t actually contribute anything useful for society. These trolls often do not develop the technology that they seek to enforce, nor do they make products that embody the technology itself. However, proponents argue that all NPEs, including patent trolls, offer an incentive for companies to invest in intellectual property as they provide a market where intellectual property can be sold in the future. Moreover, the value of a patent may be questionable for reasons other than its validity. An individual patent owner may lack the finances to assert a patent. Thus, even so-called patent trolls may arguably serve a useful purpose in supplying the funding to enforce meritorious patents.

Even though a patent troll’s patent portfolio may be of questionable validity, trolls are sometimes quite successful in monetizing their patents by sending out a vast number of cease and desist letters or by filing suit against a large number of alleged infringers. Patent trolls often sue hundreds of companies that use a certain technology by suing the end users of a product directly, rather than approaching the manufacturers of the allegedly infringing product individually. The rationale is twofold. First, the potential for numerous small settlements together often amount to a larger total than what could be obtained through a few larger settlements. Second, and perhaps more important, the manufacturers, facing larger settlement amounts, tend to have a stronger incentive to challenge the patents. In contrast, a user is often willing to settle for nuisance value. The successful patent troll counts on this second factor, with a business model that relies on the capitulation of its victims.

Targets of true patent trolls have different strategies for responding. Those who capitulate generally justify the position on economic grounds, settlement being more certain, and often less expensive than fighting. Others fight back and fight back hard, to make it clear that any patent troll will have to fight tooth and nail for every dollar sought.

This had all of the hallmarks of a patent troll:

Patent trolls may do little to advance the evolution of technology, and may instead give legitimate NPEs a bad name. They may well be the business equivalent of a schoolyard bully. Sometimes you have to stand up to schoolyard bullies.

For more information, contact David Plumley at dplumley@lewisroca.com or Drew Wilson at dwilson@lewisroca.com.