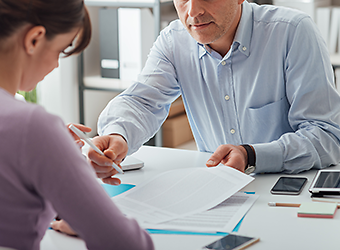 In this case, the contractor, CSI, brought an action against the Department of Homeland Security (DHS) and General Services Administration (GSA) seeking review of decisions of the Civilian Board of Contract Appeals, denying CSI’s requests for payment from DHS for $40,284,549 in flight cancellation charges it was allegedly owed under its schedule contract to provide air charter and auxiliary services. The contract at issue was a federal supply schedule contract which, compared to other procurement contracts, offers contractors greater opportunity to insert their own terms and conditions into the agreement.

CSI is a worldwide services broker that provides passenger and cargo air charter, aircraft leasing, and comprehensive aircraft management. It responded to a solicitation from the GSA seeking air charter services by means of a non-mandatory, indefinite delivery/indefinite quantity multiple award schedule contract. CSI submitted a proposal to the GSA. This proposal included its commercial price list and the CSI Terms and Conditions. These terms and conditions contained a cancellation clause providing for payment to CSI of a 25% non-refundable cancellation charge applicable to flights cancelled less than 14 days prior to departure, and a 100% charge for flights cancelled thereafter.

CSI appealed the contracting officer’s decision to the CBCA and the Board found, on summary judgment, that the schedule contract did not incorporate the CSI terms and conditions by reference. Next, CSI appealed the Board’s ruling to the Federal Circuit. The court defined the issue on appeal as a question of law as to whether the CSI terms and conditions are incorporated by reference into the schedule contract.

Before discussing the issue on appeal, the Federal Circuit provided a nutshell primer on the Federal Supply Schedule. Under this program, the GSA “acts as the contracting agent for the federal government” and negotiates “base contracts with suppliers of commercial products and services.” These schedule contracts streamline the acquisition process for federal agencies. Instead of “evaluating prices head to head ... in a competitive environment,” said the court, the GSA assesses pricing “as it relates to [the offeror’s] commercial selling practices.” An offeror submits a completed commercial sales practices sheet along with supporting documentation that discloses commercial pricing, market participants, sell price, and terms and conditions for the offeror’s “most favored customer” in a competitive environment. Relying on this information and in accordance with the FAR, a GSA contracting officer determines whether the pricing is “fair and reasonable” not as it relates to the competitive environment but “as it relates to [the offeror’s] commercial selling practices.”

Turning to the facts of the case, the court said the proper inquiry is whether the schedule contract employs express and clear language, “so as to leave no ambiguity about the identity of the document being referenced, nor any reasonable doubt about the fact that the referenced document is being incorporated into the contract.” Applying this test, the court found that the subject contract, through the incorporated offer, unambiguously identifies the CSI terms and conditions and specifies that such terms and conditions will apply to all operations and therefore the contract incorporates these provisions by reference.

The court reversed the CBCA and sent the case back to the Board for further proceedings consistent with the ruling on appeal. The Federal Circuit further noted however, that it does not foreclose the possibility of the Board finding the CSI terms and conditions inapplicable for some other reason or that the cancellation provision is inconsistent with other provisions in the contract, such as the termination clause.