Intellectual Property
Rockin' in the Not-So-Free World - Can Politicians Use Songs When Artists Object? 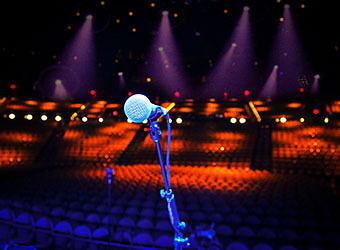 Neil Young recently filed a copyright infringement suit against Donald Trump’s re-election campaign. Young alleges that the use of his songs Rockin’ in the Free World and Devil’s Sidewalk at Trump campaign rallies and political events including Trump’s recent rally in Tulsa, Oklahoma on June 20, 2020 were done without permission and constitute copyright infringement.

This is not the first time that a musician has complained that Donald Trump is using their music without permission. At least 22 musicians have made similar complaints against Trump including the Rolling Stones, R.E.M., Elton John, the estate of George Harrison, Ozzy Osbourne, Adele, Luciano Pavaroti, Twisted Sister, Guns N’ Roses, Rihanna, the estate of Prince, Panic! at the Disco, the estate of Tom Petty, and even Nickelback.

While a vast majority of these complaints have been made against Republicans, Cindy Lauper asked the Democratic National Committee to stop using “True Colors” without permission, and the group Sam and Dave demanded that Barack Obama stop using “Hold On, I’m Coming” at his campaign events. It is not limited to within the U.S. as Eminem won a lawsuit in New Zealand against the New Zealand National Party regarding “Lose Yourself.” The band MGMT also won a case against former French President Nicolas Sarkozy in France for his use of the song “Kids.”

Trump, however, appears to have received many more cease and desist demands than any other politician, Republican or Democrat.

So, what recourse do artists have in the United States?

This depends in large part on the venue where the songs are being played. If a politician or campaign uses an artist’s song without permission in an advertisement and/or on social media, copyright claims are very effective in removing those songs if the campaign did not obtain prior consent. However, the airing of artists' songs at political rallies is more difficult to stop. Many political rallies are held at venues covered by broad blanket license agreements with performance rights organizations, such as ASCAP and BMI, that permit performance of numerous copyrighted works at many public spaces. In many cases, the campaign can rely on these blanket licenses as a defense against copyright infringement claims, even if the artist now objects.

More recently, however, these performance rights organizations have offered artists political license exceptions permitting artists to opt-out of the blanket license for political rallies. Depending on the particular contractual terms, if the opt-out provision supersedes the blanket license, the candidate or campaign would have to get permission from the artist (or copyright owner) before using that song or risk a claim for copyright infringement.

Artists can also rely on state-specific right of publicity laws to protect their image, but these too are likely harder to prove than copyright infringement.

Finally, artists can simply ask the campaign to stop using their song. In 2012, when Cindy Lauper learned that “True Colors” was being used by the DNC, she reportedly tweeted: “I wouldn’t have wanted that song to be used in that way.” Michael Stipe of R.E.M. was more blunt in his demand to the Trump campaign reportedly writing: “Do not use our music or my voice for your moronic charade of a campaign.” Many politicians have traditionally stopped using the works in question at the artists’ requests—the DNC, RNC, Barack Obama, Mitt Romney and others complied with such requests.

To date, it appears that Donald Trump has not complied with these requests. So can the Trump campaign continue to keep Rockin’ in the Free World along the Devil’s Sidewalk or will Neil Young prevail on his copyright claim? The outcome of this lawsuit will likely depend on the specific venues where the Trump campaign played Neil Young’s songs, whether there was a blanket license in place at those venues, and whether Neil Young opted-out of any such blanket license. Young alleges in his Complaint that the Trump campaign did not have the proper license. If that is true, Young may ultimately be successful, but the case will likely not be resolved prior to the November election. Young, for now, has not sought a preliminary injunction, so Trump will likely continue to use those works.