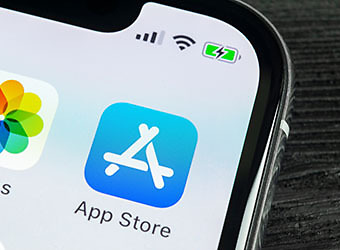 A California mother and her son have filed a class action lawsuit against Apple in the U.S. District Court for the Northern District of California, in San Jose. The June 12, 2020 complaint claims that Apple is complicit in promoting illegal gambling by permitting app developers to offer games with loot boxes in the App Store. Plaintiffs argue that Apple promotes addictive behavior and claims that loot boxes, when played on an iPhone or iPad or similar devices, constitute illegal slot machines or devices as defined by California Penal Code § 330b (d).

The complaint claims that Apple profits from games with loot boxes by marketing the games to children, acting as an agent for the game developers, and managing the monetary transactions. Apple does not explicitly provide notice that a loot box game feature exists and instead provides disclosures of “Offers In-App Purchases.” The complaint also alleges that Apple has engaged in unlawful and unfair business practices in violation of California’s Unfair Competition Law (Cal. Bus. & Prof. Code §§ 17200, et seq.). In particular, the complaint states:

This lawsuit presents interesting challenges and will be closely monitored by many. If you have any questions pertaining to this case or loot boxes, please contact authors Karl Rutledge at krutledge@lewisroca.com, Glenn Light at glight@lewisroca.com, or Mary Tran at mtran@lewisroca.com.