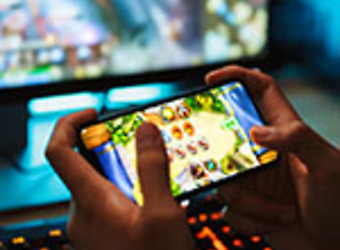 Washington state legislators have introduced legislation that would amend the definition of “illegal gambling games” in current laws to exclude most video games which would prevent further litigation against game companies. In recent years, many class-action lawsuits have been filed against social gaming companies pursuant to RCW 4.24.070, the Recovery of Money Lost at Gambling statute. Newly introduced House Bill 2720 and its companion Senate Bill 6568 would expressly exclude from the definition of “illegal gambling games” any “online games of chance when played solely for entertainment purposes with virtual items if such virtual items may be used only for gameplay and may not be, per the terms of service of the game, transferred, exchanged, or redeemed for money or property.”

Section 1 of HB 2720 provides that Washington state has made it a priority to foster high-wage jobs by encouraging video game developers to invest and grow in the state. The effort proved successful as 20% “of the global video game development industry is now based in Washington state.” The bill further noted that two Washington-based video game companies are subject to recently filed class-action lawsuits that “if decided adversely to the game companies, pose a substantial financial risk for video game development in this state.” Accordingly, a risk exists that Washington-based gaming companies would move their headquarters to other states which would result in a significant loss of tax dollars and loss of jobs for residents. The legislature would “remove this economic uncertainty by clarifying that a player is not entitled to recovery under RCW 4.24.070 unless the video game played provides a mechanism for the withdrawal of money or property from the game.”

Although the bill did not reference the case names, HB 2720 Bill Analysis provides:

The United States Ninth Circuit Court of Appeals recently issued the Kater v. Churchill Downs opinion holding that the virtual tokens used in the defendant's online game fell within Washington's definition of a “thing of value.” The game therefore constituted an illegal gambling game, and the plaintiff could recover the value of the items lost under the Recovery of Money Lost at Gambling Act.

If enacted, the new law would clarify the legality of prizeless online social games in the state of Washington and prevent future illegal gambling claims against social gaming companies.