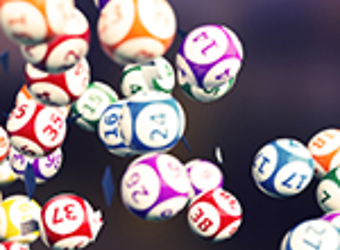 The United States Department of Justice (DOJ) continues to leave the gaming industry scratching their heads as it now claims the Office of Legal Counsel’s (OLC) November 2018 Opinion did not address the Wire Act’s applicability to state lotteries and their vendors. This assertion came in a memo from Deputy Attorney General Rod Rosenstein, dated April 8, 2019.

The memo is contradicted by the very language of the 2018 Opinion. There, the OLC acknowledged that some may have relied on the 2011 Opinion addressing the scope of the Wire Act as states subsequently began to sell lottery tickets online. The 2018 Opinion went on to state, “we do not believe that such reliance interests are sufficient to justify continued adherence to the 2011 opinion.” Rather, the 2018 Opinion suggested Congress could broaden or narrow the Wire Act’s prohibitions if it found it appropriate to protect such interests.

The change of position appears to be made in an effort to avoid standing in the consolidated New Hampshire Lottery lawsuit against the DOJ. In essence, the argument would be that the lottery and its vendor have no standing to file a suit because the DOJ’s OLC Wire Act reinterpretation did not address state lotteries and its vendors. Thus, there would be no issue for the court to address if there would be no injury to the plaintiffs.

On Thursday, April 11, 2019, during a hearing that lasted over four hours, Judge Barbadoro gave the DOJ 14 days to determine whether the Wire Act applies to state lotteries. When counsel for the DOJ requested additional time, Judge Barbadoro responded, “Do the best you can.” Now that the DOJ is forced to make a determination about the Wire Act’s applicability to state lotteries and their vendors, it will be interesting to see how the DOJ will determine (and justify their position) the Act’s applicability to other state-authorized gaming activity.

If you have questions regarding this issue, please do not hesitate to contact the authors Karl Rutledge at krutledge@lrrc.com, Glenn Light at glight@lrrc.com, or Mary Tran at mtran@lrrc.com.