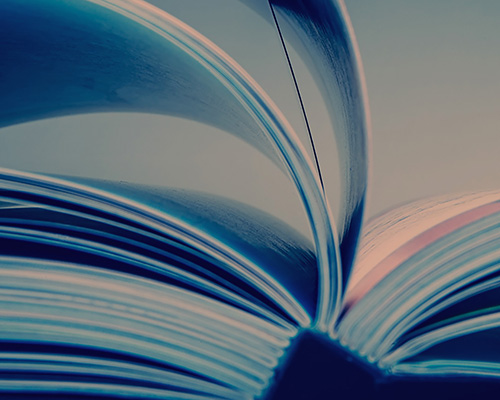 Under the longstanding doctrine of patent exhaustion, a patentee’s rights are “exhausted” once an authorized sale has occurred.  For many years, however, some courts have recognized exceptions to the doctrine, such as when the parties agree to various post-sale restrictions in an arms-length transaction, or where the patented item was first sold outside of the United States.

Not surprisingly, patent owners have tried to take advantage of those exceptions to control the downstream use of patented goods or methods.  For example, patentees may attempt to prevent the resale of a patented item to avoid unwanted competition or may seek to force customers to purchase only branded replacement parts.

In the closely followed case of IMPRESSION PRODUCTS, INC. v. LEXMARK INTERNATIONAL, INC., the Supreme Court overturned the U.S. Court of Appeals for the Federal Circuit, which, according to the Supreme Court, had wrongly decided that a patentee should not only be allowed to sue for breach of contract when one of its imposed restrictions on its patented article is violated but should also be able to pursue a claim for patent infringement.

Had the Federal Circuit’s decision not been overruled, it would seem that illegitimate “tying arrangements” would have no longer been viewed as an anticompetitive reason for refusing to enforce post-sale restrictions, and that continued globalization of markets would provide no reason for finding exhaustion in the case of foreign sales, even when the patentee itself sells the article in a comparable foreign market.

The Supreme Court reviewed two important issues:  1) “whether a patentee that sells an item under an express restriction on the purchaser’s right to reuse or resell the product may enforce that restriction through an infringement lawsuit;” and 2) “whether a patentee exhausts its patent rights by selling its product outside the United States, where American patent laws do not apply.”

Because the cartridges were sold with an express restriction, Lexmark argued that Impression Products’ resales were infringing under Mallinckrodt, Inc. v. Medipart, Inc., 976 F.2d 700 (Fed. Cir. 1992), and that a defense of patent exhaustion did not apply.

Without discussing Mallinckrodt’s validity in view of Quanta, the Supreme Court pointed out that it has been widely accepted for over a century that “[w]hen a patentee sells an item, that product is no longer within the limits of the [patent] monopoly and instead becomes the private, individual property of the purchaser.”  The Supreme Court confirmed that “[a] patentee’s decision to sell a product exhausts all of its patent rights in that item, regardless of any restrictions the patentee purports to impose” (emphasis added).

However, the Supreme Court made sure to elucidate that, although a patentee may not do so through a patent infringement lawsuit, should the patentee negotiate a contract restricting the purchaser’s right to use or resell the patented article, the terms of the contract, including otherwise abhorrent restraints on alienation, may be enforceable as a matter of contract law.  Regardless of the lawfulness of the restriction, however, the patentee cannot be said to have retained patent rights in that product.

With respect to the effect that Lexmark’s authorized foreign sales has on Lexmark’s US patent rights of the sold cartridges, Impression Products argued that the Supreme Court copyright case of Kirtsaeng v. John Wiley & Sons, Inc., 133 S. Ct. 1351 (2012) stripped the Federal Circuit patent case of Jazz Photo Corp. v. International Trade Commission, 264 F.3d 1094 (Fed. Cir. 2001) of its controlling force.  Impression Products sought a ruling that a patentee-authorized foreign sale presumptively results in exhaustion, thereby allowing the overseas buyer to import, use, and re-sell the patented item in the U.S.

The Federal Circuit was not convinced by Impression Products’ arguments, reasoning that US markets may differ substantially from foreign markets, and that the market reward for sales abroad may, therefore, fail to fully compensate the patentee.

Had the Federal Circuit’s decision regarding this issue not been overruled, the concept of foreign exhaustion would have effectively been eliminated.  This would have inevitably led to future accused infringers, who had purchased imported foreign-bought goods, attempting to demonstrate one of two things:  that the relevant foreign market is sufficiently similar to the U.S. market, such that the benefit conferred to the patentee by the foreign sale is indistinguishable from the market reward that would result from a domestic sale; or that an implied-license defense exists, either due to the patentee’s failure to limit the time, place, or manner of use of the item, or due to the good being inherently mobile and unconfined by geographical boundaries.

Recognizing the inherent, unworkable issues resulting from the Federal Circuit’s decision, and issues that were noted by the dissent in that decision, the Supreme Court presented the hypothetical situation of a shop that restores and sells used cars.

The Supreme Court noted that “smooth flow of commerce would sputter if companies that make the thousands of parts that go into a vehicle could keep their patent rights after the first sale,” and that “the very threat of patent liability would force the shop to invest in efforts to protect itself from hidden lawsuits.”  To further highlight the palatability of such problems, the Supreme Court noted that “[a] generic smartphone assembled from various high-tech components could practice an estimated 250,000 patents.”

Accordingly, although pricing for a patented article may differ abroad, the Supreme Court noted that “the Patent Act does not guarantee a particular price,” but merely “ensures that the patentee receives one reward—of whatever it deems to be satisfactory compensation—for every item that passes outside the scope of its patent monopoly.”  Thus, a patentee-authorized sale abroad does, indeed, exhaust the patentee’s rights in the foreign-sold goods.