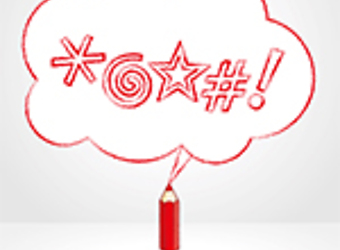 What exactly is an "immoral" or "scandalous" trademark, and should the government be the arbiter of making such a determination?

In the second landmark trademark decision in two years, the Supreme Court invalidated the Lanham Act's prohibition on registering "immoral" or "scandalous" trademarks. Iancu v. Brunetti, 588 U.S. ___ (2019). The Court's decision expands the opportunities for registration of a wide new range of trademarks in the United States that may have been previously prohibited, but also opens the door for marks that may offend reasonable people.

The Lanham Act prohibits federal registration of certain trademarks, including trademarks that "consist[] of or comprise[] immoral, deceptive, or scandalous matter" or "matter which may disparage . . . persons, living or dead." 15 U.S.C. § 1052(a). In 2017, the Supreme Court struck down the portion of the Lanham Act that prohibited the registration of "disparag[ing]" trademarks because it constituted a viewpoint-based restriction in violation of the First Amendment. Matal v. Tam, 582 U.S. ___ (2017). A bedrock principle of the First Amendment is that "[s]peech may not be banned on the ground that it expresses ideas that offend." Id.

Consistent with Tam, the Court in Brunetti found that the Lanham Act's prohibition against both "immoral" and "scandalous" matter is a viewpoint-based restriction and therefore violates the First Amendment. The U.S. Patent and Trademark Office ("PTO") has long treated the terms "immoral" and "scandalous" as synonymous. To determine if a trademark violated this provision of the Lanham Act, the PTO asks whether a "substantial composite of the general public" would find the mark "shocking to the sense of truth,ck decency, or propriety"; "giving offense to the conscience or moral feelings"; "calling out for condemnation"; "disgraceful"; "offensive"; "disreputable"; or "vulgar." However, using those guideposts, the Court found that the PTO had refused registration of marks communicating "immoral" or 'scandalous" views on drug use, religion, and terrorism, while simultaneously approving registration of marks expressing more accepted views on the same topics. In doing so, the government was effectively passing judgment on which views were acceptable and which were not. Such a viewpoint-based restriction is anathema to a free society, and thus the Court held the prohibition against registering "immoral" or "scandalous" behavior to be unconstitutional.

Chief Justice Roberts and Justices Breyer and Sotomayor each wrote separately, concurring in part and dissenting in part. All three justices concurred with the majority that the Lanham Act's prohibition against "immoral" trademarks was unconstitutional as an overly broad viewpoint-based restriction. However, all three justices believed that the Lanham Act's prohibition against "scandalous" trademarks was salvageable. As Chief Justice Roberts succinctly explained, "the term 'scandalous' need not be understood to reach marks that offend because of the ideas they convey; it can be read more narrowly to bar only marks that offend because of their mode of expression – marks that are obscene, vulgar, or profane."

Although the majority did not agree with the dissenting justices' attempt to salvage the prohibition against "scandalous" trademarks through a narrowing construction, the door remains open for Congress to amend the Lanham Act in a manner that is narrowly tailored and viewpoint-neutral to prohibit registration of certain marks. In a concurring opinion, Justice Alito states: "Our decision does not prevent Congress from adopting a more carefully focused statute that precludes the registration of marks containing vulgar terms that play no real part in the expression of ideas."

Another reason the proliferation of "immoral" or "scandalous" trademarks may be relatively short-lived is that Congress may pass new legislation to prohibit obscene, vulgar, or profane trademarks from being registered. The Court seems open to accepting more narrowly tailored legislation, and a minority of justices have even provided Congress with a potential roadmap of how to draft a viewpoint-neutral provision that does not run afoul of the First Amendment.

Lewis Roca Rothgerber Christie will continue to monitor any new legislation that may arise in the wake of the Brunetti decision. Feel free to contact us to discuss how this decision may impact your ability to develop, use, register, and protect new trademarks.