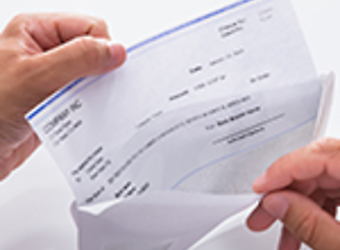 On April 2, 2020 in the late afternoon, the Small Business Administration issued an interim final rule (Docket No. SBA-2020-0015, the “Rules”) for the administration of the Paycheck Protection Program (PPP) created under Section 1102 of the CARES Act. The SBA states that the Rules are effective immediately, which takes the extraordinary step of dispensing with the 30-day delayed effective date provided in the Administrative Procedure Act. The SBA believes it has good cause to do so, given that small businesses need to be informed on how to apply for a PPP loan and the terms of the loan in order to submit their loan applications starting April 3, 2020. Comments will nevertheless be solicited the public on all aspects of the Rules and must be submitted on or before 30 days from the date the Rules are published in the Federal Register. The SBA will consider such comments and the need for making any revisions as a result.

While the Rules provide much-needed guidance to PPP borrowers and lenders, they also modify the PPP loan program as described in the CARES Act in several important ways and, in some cases, raise further questions and even appear inconsistent with the CARES Act. Fortunately, the SBA notes that further guidance will be forthcoming in several areas.

Borrowers should carefully consider their PPP loan applications (currently SBA Form 2483(04/20) as available April 3, 2020, the “Application”) in light of these Rules, including the changes and clarifications they make to the PPP loan program as described in the CARES Act. The Application states that the applicant certifies to its eligibility to receive a PPP loan under the version of the Rules in effect at the time the Application has been submitted. Below is a summary of key changes, clarifications and new questions raised by the Rules.

1. At least 75% of PPP loan proceeds must be used for payroll costs

The SBA also noted that if PPP funds are used for unauthorized purposes, which presumably includes where more than 25% of PPP proceeds are used for non-payroll costs, SBA will direct the borrower to repay those amounts. If a borrower knowingly uses funds for unauthorized purposes, the SBA states that the borrower will be subject to additional liability for criminal charges such as fraud. If a borrower's shareholders, members, or partners use PPP funds for unauthorized purposes, the SBA will have recourse against the shareholder, member or partner for the unauthorized use. Because borrowers must take care to monitor the use of PPP funds, some lenders are recommending that borrowers establish a separate operating account for PPP loan proceeds and/or payroll costs to help document the use of funds.

The maturity on a PPP loan is now set at 2 years, a significant departure from the CARES Act which allowed a maximum maturity of “up to” 10 years from when the borrower applied for the loan. The Rules note that the considerable economic disruption caused by COVID-19 is expected to abate well before the two year maturity date such that borrowers will be able to re-commence business operations and pay off any outstanding balances on their PPP loans. As a result, borrowers should consider when applying for the PPP loan that the maturity will be much shorter than originally expected for any portion that is not forgiven.

The CARES Act stated that PPP loans would have an interest rate of not more than 4%, and the Rules have set the interest rate at 100 basis points or 1%. The SBA stated that this interest rate is appropriate because it provides low cost funds to borrowers while offering an attractive interest rate to lenders relative to the cost of funding for comparable maturities, especially considering the SBA guarantee and the processing fee that lenders will receive for PPP loans. The Rules also clarify that any accrued interest will be eligible for loan forgiveness, apparently referring to interest accrued during the covered period for loan forgiveness, which is the 8-week period beginning on the date of loan origination. The Rules state that the SBA will issue additional guidance on loan forgiveness.

4. Loan payments will be deferred for 6 months

While the CARES Act stated that loan payments would be deferred for at least 6 months up to 1 year, the Rules set the deferral period at 6 months. The SBA states that a 6 month deferral is appropriate in light of the low interest rate and the loan forgiveness provisions.

The Rules provide that subject to the exclusions in the CARES Act, qualified “payroll costs” consist of compensation to employees (whose principal place of residence is in the United States) in the form of salary, wages, commissions, or similar compensation; cash tips or the equivalent (based on employer records of past tips or, in the absence of such records, a reasonable, good-faith employer estimate of such tips); payment for vacation, parental, family, medical, or sick leave; allowance for separation or dismissal; payment for the provision of employee benefits consisting of group health care coverage, including insurance premiums, and retirement; payment of state and local taxes assessed on compensation of employees; and, for an independent contractor or sole proprietor, wage, commissions, income, or net earnings from self-employment or similar compensation.

6. A maximum of 25% of the loan forgiveness amount may be attributable to non-payroll costs

In line with the requirement that at least 75% of PPP loan proceeds must be used for payroll costs, the Rules also require that not more than 25% of the loan forgiveness amount may be attributable to non-payroll costs. While the CARES Act provided that borrowers are eligible for forgiveness in an amount equal to the sum of payroll costs and any payments of mortgage interest, rent, and utilities, the SBA stated in the Rules that the non-payroll portion of the forgivable loan amount should be limited to effectuate the core purpose of the statute and ensure finite program resources are devoted primarily to payroll. If less than 75% of PPP loan proceeds are used for payroll costs, the SBA has said elsewhere it will direct the borrower to repay amounts used for unauthorized purposes, indicating such a shortfall would not be forgiven but would not necessarily make the remainder of the PPP loan ineligible for forgiveness, at least where PPP funds were not intentionally misused.

8. The Rules indicate that a business borrower must be a “small business concern” which is inconsistent with the CARES Act

In any event, otherwise qualified small business concerns are eligible for PPP loans. The Rules make it clear that small business concerns will be subject to SBA’s affiliation rules under 13 CFR 12301(f) unless specifically waived in the CARES Act. In general, a small business concern under the Small Business Act is a businesses that is independently owned and operated and not dominant in its field of operation. Further, the business must meet specific requirements for revenue and employee size established in the North American Industry Classification System (NAICS) codes in 13 CFR Sec. 121.201.

Borrowers must have been in operation on February 15, 2020, and borrowers that are businesses or nonprofits must have had either employees for whom salaries and payroll taxes were paid or paid independent contractors. Borrowers must also submit such documentation as is necessary to establish eligibility, such as payroll processor records, payroll tax filings, or Form 1099-MISC.

10. Borrowers that have obtained an Economic Injury Disaster Loan (EIDL) may still apply for a PPP loan, but if EIDL funds were used for payroll costs, the PPP loan must be used to re-finance the EIDL loan.

The Rules state that PPP loans will be made consistent with “constitutional, statutory, and regulatory protections for religious liberty, including the First Amendment to the Constitution, the Religious Freedom Restoration Act,…” and SBA regulation at 13 C.F.R. 113.3-1h, which states:

“Nothing in [SBA nondiscrimination regulations] shall apply to a religious corporation, association, educational institution or society with respect to the membership or the employment of individuals of a particular religion to perform work connected with the carrying on by such corporation, association, educational institution or society of its religious activities.”

The SBA states that it intends to promptly issue additional guidance with regard to religious liberty protections under the PPP loan program.

13. Applications will be processed on a “first-come, first-served” basis

The Rules explicitly state loans will be processed on a “first-come, first-served” basis. The SBA notes that as of the publication of the Rules, the appropriations available for PPP loans are finite. Borrowers should consider making application for the PPP loan program as soon as possible.

​14. Apply once, for the maximum amount

No eligible borrower may receive more than one PPP loan. The Rules therefore advise borrowers to consider applying for the maximum amount.

15. E-Signatures and e-consents are permitted

Consistent with other agencies’ adoption of electronic signature emergency regulations and orders issued in March, the Rules permit the Application to be submitted with e-signatures or e-consents, regardless of the number of owners of the borrower.

In order to achieve an expeditious loan underwriting process, the Rules permit lenders to rely on certifications of the borrower in order to determine eligibility of the borrower and use of loan proceeds and to rely on specified documents provided by the borrower to determine qualifying loan amount and eligibility for loan forgiveness. Lenders must comply with the applicable lender obligations set forth in the Rules, but will be held harmless for borrowers’ failures to comply with program criteria. The program requirements of the PPP identified in the Rules temporarily supersede any conflicting Loan Program Requirement (as defined in 13 CFR 120.10).

The Rules state that each lender’s underwriting obligation under the PPP is limited to reviewing the “Paycheck Protection Application Form” and (i) confirming receipt of borrower certifications contained in Paycheck Protection Program Application form; (ii) confirming receipt of information demonstrating that a borrower had employees for whom the borrower paid salaries and payroll taxes on or around February 15, 2020; (iii) confirming the dollar amount of average monthly payroll costs for the preceding calendar year by reviewing the payroll documentation submitted with the borrower’s application; and (iv) following applicable Bank Secrecy Act (BSA) requirements:

An authorized representative of the borrower is required to certify the matters stated in the Application in good faith. If a false statement is made on the Application, the borrower may be subject to criminal prosecution, which includes crimes with up to 5 years in prison and/or a fine up to $250,000. Consequently, it is important for borrowers to prepare the Application and make the required certifications in consultation with qualified financial and legal advisors.

17. Lenders are required to submit a processing form

The Rules also require a lender to submit a two-page application form on SBA Form 2484. This form generally seeks information regarding the lender, the applicant, loan structure, loan amount information, and relevant applicant certifications (e.g., as to eligibility, character determination, prior loss to government/delinquent federal debt and US employees).

The Rules promise further guidance on affiliation rules, loan forgiveness, and religious liberty protections. SBA may provide further guidance through SBA notices and a program guide which will be posted on SBA’s website at www.sba.gov.

This material has been prepared by Lewis Roca Rothgerber Christie LLP for informational purposes only and is not legal advice. Specific issues dealing with COVID-19 are fluid and this alert is intended to provide information as it is currently available. Readers should not act upon any information without seeking professional legal advice. Any communication you may have with a Lewis Roca Rothgerber Christie LLP attorney, through this announcement or otherwise, should not be understood by you to be attorney-client communication unless and until you and the firm agree to enter into an attorney-client relationship.