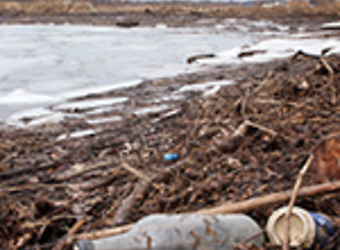 Per- and polyflouroalkyl substances (collectively known as a class as “PFAS”) have been widely used in industrial and consumer applications for years. PFAS are a class of long-lasting chemicals that have been shown to accumulate in the human body. PFAS have historically been used in non-stick cookware, stain and water resistant fabrics, and are also found in aqueous firefighting foams used to battle fires at airports and elsewhere. Some of the compounds have recently been linked to potentially adverse health impacts. In the last defense appropriation legislation, the Senate required the United States EPA to set drinking water standards for PFAS. The House version of the legislation, on the other hand, required EPA to designate PFAS as hazardous substances under federal superfund law (CERCLA) and as toxic pollutants under the Clean Water Act (CWA). These differing definitiions are currently being worked out between the legislative bodies.

Designating any PFAS compounds as hazardous substances under CERCLA and toxic pollutants under the CWA would impose water quality standards on utilities and create a number of operational issues. Such a designation would also expand Superfund’s joint and several liability scheme to entities and uses that have been lawfully operating under existing standards for years. Specifically, municipalities, airports, and firefighting companies would likely face liability for their use of aqueous firefighting foam and its disposal on the ground where it could contaminate groundwater supplies. Similarly, utilities would likely face exposure under CERCLA for the transport and disposal of PFAS contaminated filtering agents or biosolids. Utilities and other potentially impacted parties should begin considering how designation of PFAS as a hazardous or toxic substance could impact their operations and begin researching avenues to avoid liability arising out of such a designation.