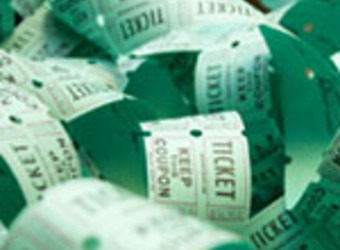 On October 24, 2019, the Nevada Gaming Commission (“NGC”) voted unanimously to adopt amendments to Regulation 4A, which governs lotteries and games of chance that raise money for nonprofit organizations in the state. The passage of Assembly Bill 117 in May 2019 required the NGC to adopt regulations regarding charitable lotteries and games. One of the more contentious aspects of the NGC’s amendments was how to handle participation by minors.

In early October, the Nevada Gaming Control Board (“Board”) approved proposed changes to the regulation that would allow persons under 18 years of age to participate in charitable raffles or lotteries if a parent or legal guardian purchases a ticket for such minors. However, allowing minors to participate in charitable raffles or lotteries as long as a parent or guardian purchases the tickets posed an issue to problem gambling advocates who were concerned that early exposure to gambling activities would lead to problem gambling issues in their adult lives. Similarly, the Association of Gaming Equipment Manufacturers filed a statement with the Board expressing its opposition to efforts that allow minors to engage in gambling.

On the other hand, wildlife nonprofit organizations were concerned that proposed language would prevent minors from selling fundraiser tickets or participating in organization-sponsored programs. They argued that it was important to keep their youth engaged in conservation efforts. Ultimately, the NGC reached a compromise, which would allow minors under 18 to participate in charitable lotteries as long as it does not award winners with cash prizes.

Stay tuned for our next blog that examines other aspects of the charitable lotteries and games amendments in Nevada.