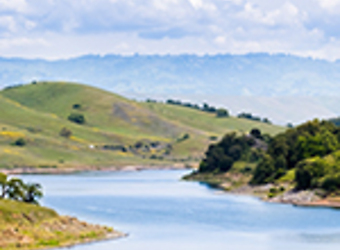 The decision focuses on the changes to the definition of the term "adjacent waters" between the proposed and final rules. The proposed rule defined adjacent waters to mean those waters that are "bordering, contiguous or neighboring," which in turn was defined to mean "waters located within the riparian area or floodplain" of a jurisdictional water or waters with a shallow surface or subsurface connection to such a water. 2019 WL 2272464, at *2 (emphasis omitted) (quoting 79 Fed. Reg. 22,188, 22,263 (proposed Apr. 21, 2014)).

the Final Rule violated the APA's notice-and-comment requirements by deviating from the Proposed Rule in a way that interested parties could not have reasonably anticipated. Instead of continuing to use ecologic and hydrologic criteria to define "adjacent waters" as originally proposed, . . . the Final Rule abandoned this approach and switched to the use of distance-based criteria. This shift in terminology and approach led to the promulgation of a Final Rule that was different in kind and degree from the concept announced in the Proposed Rule.

The decision does not address the merits of the final rule. And because it extends only the existing injunction, its effects pending remand are limited to the same states—Texas, Louisiana, and Mississippi.

Withdrawals from WOTUS Litigation
In a separate lawsuit pending in the U.S. District Court for the District of North Dakota, Colorado and New Mexico have recently withdrawn from participation as plaintiffs, changing the status of the WOTUS Rule in those states. See Order Dismissing State of Colorado, New Mexico State Engineer, and New Mexico Environment Department as Plaintiffs, North Dakota v. EPA, No. 3:15-cv-00059 (D.N.D. May 14, 2019). Both states are now removed from the preliminary injunction entered by the court, making the WOTUS Rule generally applicable in those states. Id. However, in response to New Mexico's request to withdraw, a number of county governments in New Mexico sought, and were granted, intervention in the case to step into the shoes of the state. See Order Granting Coalition of Arizona/New Mexico Counties for Stable Economic Growth's Motion to Intervene, North Dakota v. EPA, No. 3:15-cv-00059 (D.N.D. May 14, 2019). The preliminary injunction therefore likely remains in effect in these counties, but is the subject of ongoing briefing before the court.

Similarly, Wisconsin recently withdrew from the litigation pending in the U.S. District Court for the Southern District of Georgia. See Order on Motion to Withdraw, Georgia v. Wheeler, No. 2:15-cv-00079 (May 2, 2019).

Proposed Replacement WOTUS Rule Still in Progress
The Trump administration's proposed replacement rule that was released in early 2019 remains in progress. See Revised Definition of "Waters of the United States," 84 Fed. Reg. 4154 (proposed Feb. 14, 2019); see also Vol. XXXVI, No. 1 (2019) of the Mineral Law Newsletter (Environmental Issues report). The Agencies accepted comments on the proposed rule through April 15, 2019. Attorneys general from multiple states have expressed significant opposition to the proposed rule and it is likely to face a legal challenge once finalized.