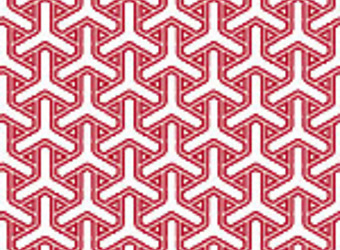 In Curver v. Home Expressions, decided on September 12, 2019, the Federal Circuit affirmed the dismissal of Curver’s design patent infringement suit against Home Expressions. The Federal Circuit held that “claim language can limit the scope of a design patent where the claim language supplies the only instance of an article of manufacture that appears nowhere in the figures.”

Facts: Curver Narrowed Its Title and Claim Language During Prosecution

Curver owns a design patent for an overlapping “Y” pattern. During prosecution, in response to an objection to the title, Curver amended the title descriptions from variations of “Furniture Part” to “Pattern for a Chair,” thereby satisfying the requirement that the title of the application “designate the particular article.” Curver also amended the figure descriptions and claim to be consistent with the amended title.

Curver sued Home Expressions for using a pattern similar to its overlapping “Y” pattern on baskets. Applying the “ordinary observer” test, the Federal Circuit held that Curver failed to make a plausible claim of infringement because (1) the scope of Curver’s claim was limited to chairs based on the title and claim of the patent and (2) no “ordinary observer” would purchase Home Expression’s baskets thinking they were Curver’s chairs.

The Federal Circuit emphasized that no one may obtain “a design patent for a surface ornamentation in the abstract”—i.e., disembodied from an article of manufacture. Thus, where the design patent drawings illustrate the design disembodied from any article of manufacture, the claim language and the drawings will determine the scope of protection. Accordingly, applicants may strategize for broader design patent protection by selecting titles and claim language that encompass broad groups of articles.