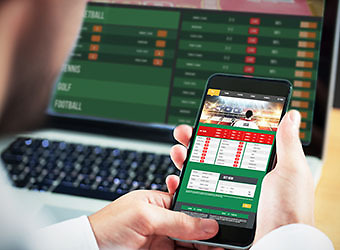 On January 20, 2021, U.S. Circuit Court Judge Kayatta for the First Circuit Court of Appeals issued a 49- page ruling upholding the U.S. District Court’s ruling rejecting the 2018 Wire Act interpretation that The Wire Act applies to all forms of gambling rather than only sports betting.

The Wire Act prohibits anyone who is in the business of wagering from knowingly using interstate communications to assist in the transmission of placing bets or wagers on any sporting event or contest. In 2011, the Department of Justice (“DOJ”) issued a memorandum through its Office of Legal Counsel (“OLC”), clarifying that The Wire Act should only apply to sports betting, and not to other forms of gambling.

However, only seven years later in 2018, the DOJ reversed course and sought to expand the coverage of The Wire Act beyond sports betting. The 2018 DOJ memorandum stated that The Wire Act is not limited to sports betting, but should apply to any form of gambling that uses any type of wire communication across state lines. This reinterpretation would effectively wipe out all forms of gambling utilizing wire communications, including online state lotteries and state-authorized online casino gaming. As such, this case was brought by the New Hampshire Lottery Commission (“Commission”) in New Hampshire’s District Court and later consolidated with a suit brought by the Commission’s technology provider, NeoPollard Interactive LLC, given the concerns that the 2018 Wire Act interpretation would make their online lottery sales illegal.

On June 3, 2019, U.S. District Court Judge Paul Barbadoro issued a 60- page ruling rejecting the 2018 Wire Act interpretation that stated The Wire Act applied to all forms of gambling rather than only sports betting. However, the OLC appealed Justice Barbadoro’s ruling to the First Circuit Court of Appeals where, after over a year of litigation, the First Circuit Court of Appeals has ruled in favor of the Commission that The Wire Act’s prohibitions are limited to bets or wagers on sporting events or contest. This ruling upholds the decision of the U.S. District Court that the expansive reinterpretation of The Wire Act by the DOJ in 2018 is incorrect, and instead adopts a narrower view. This is seen as a big win for online lotteries and multi-state online poker entities who can now feel comfortable knowing that their gaming operations do not contravene The Wire Act.

While it is possible that the OLC will choose to appeal this case once more to the United States Supreme Court, with the Biden administration being sworn in, it now appears less likely.