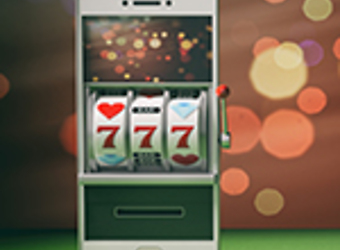 On June 3, 2019, U.S. District Court Judge Paul Barbadoro issued a 60-page ruling rejecting the 2018 Wire Act Interpretation that stated the Wire Act applied to all forms of gambling rather than only sports betting. As mentioned in our prior blogs, this case was brought in New Hampshire by the New Hampshire Lottery Commission (“Commission”) and later consolidated with a suit brought by its technology provider, NeoPollard Interactive LLC. The 2018 Wire Act Reinterpretation was an about-face to the 2011 Interpretation that stated the Wire Act applied only to sports betting. With this new interpretation, which was published in January 2019, the online gaming industry entered a state of anxiety as the 2018 Reinterpretation would have effectively wiped out all forms of gambling utilizing wire communications, including online state lotteries and state-authorized online casino gaming.

During litigation, the Department of Justice (“DOJ”) argued the plaintiffs lacked jurisdiction on standing grounds and refused to clarify whether the Wire Act applies to online lotteries. Judge Barbadoro found the plaintiffs indeed had standing and dismissed the DOJ’s motion to dismiss. In the Opinion, the 2018 Office of Legal Counsel Opinion was set aside and the order declared “that § 1084(a) of the Wire Act, 18 U.S.C. § 1084(a), applies only to transmissions related to bets or wagers on a sporting event or contest.” Judge Barbadoro came to this conclusion “based on the text, context, and structure of the Wire Act.”

The Opinion was made in the U.S. District Court for the District of New Hampshire, so although the ruling is limited to the parties in the suit Judge Barbadoro noted, “it is clear, however, that the judgment binds the parties beyond the geographic boundaries of my district. And such an effect is necessary here.” The order provides protection for NeoPollard in Michigan where its iLottery system is used as well as in Virginia where its system will soon launch.

Additionally, the Opinion provided an opportunity for the Commission to pursue relief under a claim offered by Michigan which would allow the Court to extend the declaratory judgment to non-parties on behalf of the Commission. The argument would be that New Hampshire, as a member of the Multi-State Lottery Association (“MSLA”), would suffer adverse financial effects if other MSLA members were shut down because the overall revenues of multi-state lottery games would decline. Accordingly, nationwide equitable relief should be extended. A footnote in the Opinion provides, “[s]hould the Lottery Commission wish to pursue such relief, however, I am willing to entertain its claim. Accordingly, I grant it 14 days from the issuance of this order to file an appropriate motion and supplement the record with adequate factual and legal support.” Furthermore, as noted by Judge Barbadoro and other legal commentators, this will likely be appealed and should be monitored.

If you would like to discuss the Wire Act, please contact authors Karl Rutledge at krutledge@lrrc.com, Glenn Light at glight@lrrc.com, or Mary Tran at mtran@lrrc.com.