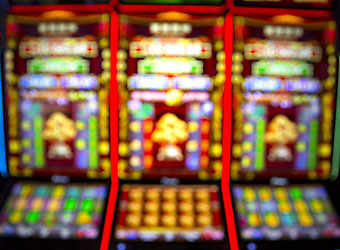 Big Fish Casino is a social gaming application that provides “freemium” online casino games. Similar to many other providers, users are awarded free chips when they create their account and may obtain additional chips by winning games, via free chip replenishment, or by purchasing additional chips. Big Fish Games was owned by Churchill Downs Incorporated and subsequently sold to Aristocrat Leisure Limited earlier this year.

In 2015, Cheryl Kater brought a purported class action alleging that she (and others similarly situated) should recover monies they spent on Big Fish Casino under Washington’s “Recovery of Money Lost at Gambling Act” (“RMLGA”) and Consumer Protection Act, as well as under a theory of unjust enrichment. The crux of the argument was that Big Fish conducted illegal gambling under Washington state law—and therefore, Ms. Kater should recover any monies she spent with Big Fish.

The Honorable Marsha J. Pechman, who was serving as the Chief Judge of the United States District Court for the Western District of Washington at the time, dismissed Ms. Kater’s complaint in November 2015. Ms. Kater filed an appeal, and on March 28, 2018, the Ninth Circuit overturned Judge Pechman’s decision. In sum, the Ninth Circuit Court held that the virtual chips constituted a “thing of value,” and therefore, Big Fish had conducted illegal gambling under Washington law. The decision was based on Washington’s statutory definition of “thing of value,” which reads:

[A]ny money or property, any token, object or article exchangeable for money or property, or any form of credit or promise, directly or indirectly, contemplating transfer of money or property or of any interest therein, or involving extension of a service, entertainment or a privilege of playing at a game or scheme without charge.

Following mediation between the Aristocrat group, the Big Fish brand, Churchill Downs and plaintiffs, the companies agreed to offer the $155 million settlement which remains subject to approval by the U.S. District Court for the Western District of Washington.

If you have any questions regarding this blog or the freemium model, please contact authors Karl Rutledge at krutledge@lewisroca.com, Glenn Light at glight@lewisroca.com, or Mary Tran at mtran@lewisroca.com.